The Spanifer Rodeo is just debutating in Best 16 column of Napi Rock and Roll International Edition. Their song is called "Rollin' Dynamite".

Tom White has recently joined to the band called Mad Circus in order to do an earthquake in the word of Hungarian Rockabilly.
This concert is Városliget was among the first concetrs in Budapest.
The song is called 30 Days.

Graham Fenton and the Jungle Tigers - Shakin' All Over

In 2013 Graham Fenton and the Jungle Tigers were the guest from abroad in the Lakeside Weekend Rock and Roll festival. One song what they played is the Shakin' All Over.

For today a country song was choosen. The Gone Country is played by Oklahoma Country Band.

Cherry Tess showed us what is Rhythm and Blues. The Domestic Bumblebees supported her on the stage of Walldorf  Rock and Roll Weekend.

Best 16: Pedro and the Dogboomers - That's All Right

The Pedro and the Dogboomers just gets into the group of best 16 bands of Hungary. They just appeared on the Napi Rock and Roll. Let's hear the song That's All Right in their interpretation. They played the song on the biggest Rock and Roll festival in Hungary in the autumn: the Wildcat Night in Hatvan.

The Chevromandala (or Peter Andorai & the Graceband, as they called recently) get popular very quickly two years ago. When you see the video about the song One Sided Love Affair you can also see that the singer (Peter Andorai) can act like the early Elvis.

The Rhythm Sophie & Combo is a true international band. The singer, Rhythm Sophie is Hungarian, while the band members are German. Let's see how they played on the Lakeside Rock and Roll Weekend in 2014!

The biggest thing in the Hungarian Lakeside Rock and Roll Weekend is the fact, that the band members who are playing one day on the stage the other day participating in a jam sessions somewhere among the tents. If you are not enough fast you may miss the beginning of the song!
This time the guys played the song Route 66.

This Redneck Roadkill video is a very special one. It was recorded with not only one camera, but there was ana ction camera attached to the guitar. You can see how Chris, the guitarist plays the song New Boys From Old Town.

The Naked Truckers just debutate in the Best 16 list. The song which suits here the best is Sixteen Chicks. Enjoy!

Today the slovakian Cellmates from Bratislava (Pozsony) will play for us. The title of the song is Rock & Roll Ruby. Enjoy!

The Gesarol is an old band which still active after several decades and member change. The original members may know what did they feel when they heart the song Highway To Hell for the very first time when it was brand new.

For today there is a very special band: The Go Getters! The song is called Slow Down Enjoy!

The B'15 Rockabilly Band has special relationship with Nitus. She acts like a guest singer very often next to the band. This time together they will perform the song Breakaway on the famous Hungarian Rock and Roll festival, the Lakeside Weekend.

The Dynamite Dudes is a new duo/trio from Hungary. I've met them acidentally in a bar where they had a free concert. The videos of the band was so popular that they immediately jumped in to the best 16 list.
Today they will perform us the song Mess Around.

The brazilian misucual Tarso Miller played on the Hungarian Rock and Roll festival called Lakeside Weekend with the band Svatá Voda. They performed Tarso Miller's own song "My Last Ride".

The Chevromandala Transit Ride (recetnly known as Peter Andorai & the Graceband) got a great honor, when Mikós Fenyő accepted their request. They wanted to play together with the biggest Rock and Roll legend of Hungary. Fenyő started his career in the late 60's as after few years he returned from the US with his family. Although he was not the only one who played Rock and Roll in the country at that time he reached the most.
He wrote several original songs and played some covers as well. He wrote 2 musicals too, and he discovered further talents in the country.
So not it is easy to understand why it was a great honor for the band to play the song Baby I Don't Care together with him.

Today is the day, when the music died. 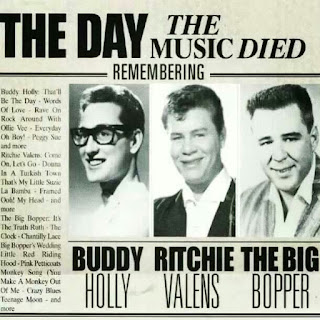 Let's see how the Rock and Roll is played in Italy! Today's performer is Fabulous Daddy!

Nemcsak Berry is a new name on the list of Napi Rock and Roll's best 16 band. They got some videos last year with massive success, so they reached a high position on the success list.
Theat's how they get into the "Best 16" column.
Today they will perform the song Mustang Sally.